Medication > What are the Uses and Possible Side Effects of Benadryl?

What are the Uses and Possible Side Effects of Benadryl? 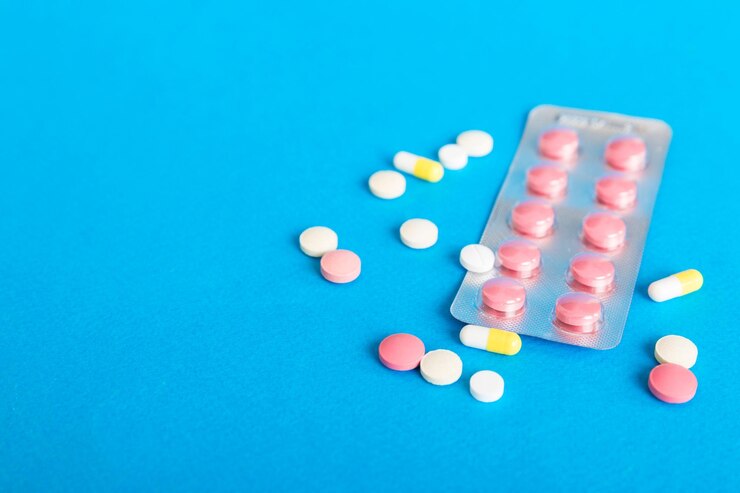 What are the Uses and Possible Side Effects of Benadryl?

Antihistamines are medicines used to relieve symptoms of allergies, like hay fever, conjunctivitis, hives and reactions to bites or stings from insects. Moreover, they are sometimes used to defend against motion sickness and as an interim treatment for insomnia.

Most antihistamines can be acquired from pharmacies, but some are only available on prescription.

As a chemical engineer, George Rieveschl discovered diphenhydramine in 1940 at the University of Cincinnati while researching muscle relaxants.

Diphenhydramine, brand name Benadryl®, is one of the oldest and most frequently used over-the-counter medications for children. For prescription use, Benadryl was approved by the Food and Drug Administration (FDA) In 1946.

BENADRYL should only be used as directed by doctors. Mistreatment with this product can lead to serious side effects with long-lasting or even life-threatening consequences.

Parents and pediatricians routinely give Benadryl to infants and children for multiple reasons. Misconceptions surrounding Benadryl are common – We will cover some details and clear your question regarding the usage of Benadryl.

Can you use Benadryl for Anxiety? If you are suffering from Anxiety and don’t like routine medications and you might wonder rather over-the-counter (OTC) medications such as Benadryl might help you to manage your problems.

But there are many questions like, Are they safe to use? Do they work, really? What could be the pros and cons?

If all the above queries are bothering you, then this article will help answer all of your questions.

Benadryl belongs to a class of drugs called Antihistamines, 1st Generation, and Antiemetic Agents and is used to provide allergy relief and treat allergy symptoms such as sneezing, runny nose, hives, skin rashes, watering eyes, and other cold or allergy symptoms. It is also used to treat motion sickness, induce sleep, and treat certain symptoms of Parkinson’s disease. Benadryl may be prescribed but is normally sold over-the-counter (OTC) and diphenhydramine in its generic form.

What is Benadryl Used for?

Get Prescription for Benadryl at Your Doctors Online.
Talk to a Doctor

Benadryl tablets, Benadryl pills, and gel capsules contain doses of 25 mg of diphenhydramine hydrochloride and are mostly taken by adults and children six years and older.

With the help of this Chart, you will be able to understand Standard and Maximum Dosages against mentioned indication.

Can Benadryl help with Anxiety?

Using diphenhydramine for Anxiety is likely not a good idea. Diphenhydramine may be mostly taken as a temporary sleep support for its sedating effects.

Diphenhydramine may offer short-term relief for a few people who experience occasional sleeplessness from Anxiety. But it has limited benefits as a sleep aid.

Can you take expired Benadryl?

Does Benadryl help with nausea?

Is Anxiety Disturbing your Daily Life? Get Benadryl Prescribed Online.
Talk to a Doctor

This can cause mild or serious side effects depending upon the usage. The undermentioned list contains some of the key side effects. This list may not include all possible side effects.

You can get more information on the possible side effects or tips on how to deal with them by talking with our doctors.

Note: Some of the above effects leave in a couple of weeks.

Some other side effects are:

Benadryl should be used for the shortest time possible.

Due to the risk of worse side effects in children, oral Benadryl products are only approved for use in children six years and older.

Consult our doctor right away if you have any serious side effects, including mental or mood changes, difficulty urinating, fast or irregular heartbeat, seizures, rash, itching or swelling, severe dizziness and trouble breathing.

Concerned if any of Your Medications or Foods Interact with Benadryl? Consult one of Our Doctors Now.
Talk to a Doctor

What is the Maximum Dosage of Benadryl?

Benadryl dosage depends on several factors. Some of them are as follows:

As a rule, you should use the smallest dosage that provides the desired effect.

Oral Benadryl products should be used at most six times each day.

Adults and children > 12 years, the maximum dosage is 300 mg each day.

Adults or children, these products, such as the cream, gel, and spray, shouldn’t be used more than four times per day on the skin.

If you need to take an antihistamine long-term, consult our doctor for other options.

Side effects of Benadryl overdose may include severe drowsiness, seizures, and widened pupils. In children, mental/mood changes (such as restlessness, irritability, and hallucinations) may occur before drowsiness.

Recovery from a diphenhydramine overdose is likely if the person survives in the first 24 hours, but serious heart rhythm disturbances may occur in some people, which can cause death.

Benadryl may not be a good choice if you have certain medical conditions. Examples of these conditions include

Benedryl should be avoided in the following cases as well:

FAQs About Banadryl Answered By your Doctor Online Team

How much Benadryl can I take?

Never take more than six doses in 24 hours. Use as directed. Take 1-2 tablets after every 4 to 6 hours or as directed by a doctor.

Is benadryl an antihistamine?

How long does Benadryl take to work?

It normally takes about 30 minutes to work.

Does Benadryl make you sleepy?

It can induce drowsiness by working against a chemical produced by the central nervous system.

How long does Benadryl’s drowsiness last?

Drowsiness usually wears off 8 hours after a dose.