Arthritis > Your Doctors Online Diagnosed Me With Ankylosing Spondylitis!

Your Doctors Online Diagnosed Me With Ankylosing Spondylitis! 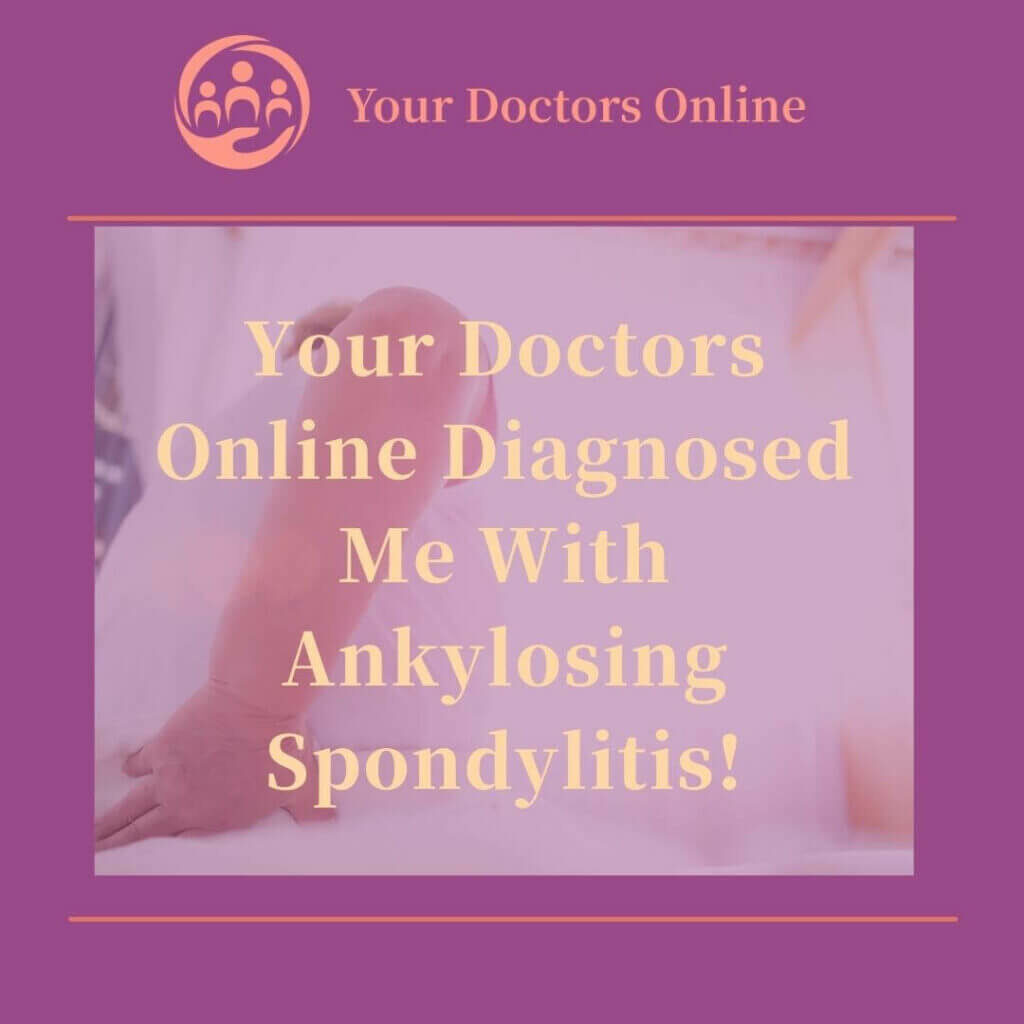 Read On How Johnson Was Diagnosed With Ankylosing Spondylitis After A Year Of Suffering From Backache!

I am 25 years old, but due to the constant pain in my lower back and hips, I feel like a 40-year-old man. The back pain is terrible, and after a long year of suffering, I was diagnosed with ankylosing spondylitis by an online doctor.

Constant back pain, pain in the hips, and stiffness made my life miserable.

I work in a construction company, and loading and lifting things is a part of my job. However, for the past year, I started experiencing lower backache. I thought it was natural, and I had sprained a muscle. Therefore, I took some painkillers, and that provided some short-lived relief.

I started waking up in pain, and had to lay in bed for 30-40minutes due to my stiff back!

Initially, I could make it through the day by taking a few painkillers. However, after a couple of months, I could not bend or lift anything at work. I decided to take a leave. Resting did not help either. Waking up was another story. I lay in bed for a very long time staring at the ceiling wishing for some miracle to ease my pain. Unfortunately, the painkillers stopped working as well, I doubled the dose, and it had no effect.

I cancelled the appointment with my doctor as I couldn’t make it out of bed.

I cancelled my appointment at the last moment because I could not get out of my bed. Being on the verge of tears, I started searching online. That is how I discovered, Your Doctors Online. I downloaded the app because I didn’t have a second option. To my surprise, I was talking to an online doctor within the next few minutes.

I downloaded Your Doctors Online app and chatted with an online doctor without any hurdle!

The doctor was amiable. She tried to cheer up my mood and listened to me patiently. She then asked me the following questions:

After answering the questions, the doctor said that I ticked several symptoms from the ankylosing spondylitis symptoms checklist.

The online doctor stated that she suspected that I had ankylosing spondylitis!

The doctor explained that ankylosing spondylitis is a type of arthritis. It is a chronic condition causing inflammation in the sacroiliac joints, resulting in lower backache, hip pain, and back stiffness. Ankylosis spondylitis has a genetic link. She also advised me to consult a rheumatologist for diagnostic tests such as MRI, X-rays, and blood tests to check the presence of the HLA-B27 gene.

She also advised me to see a rheumatologist as soon as possible.

The doctor explained that treatment options for ankylosing spondylitis.

The online doctor prescribed medication to manage the pain while I waited to make an appointment with my doctor. The main treatment options for ankylosing spondylitis include:

Your Doctors Online helped me manage my chronic condition with diet and exercise.

After getting the tests done at my doctor’s office, I got diagnosed with ankylosing spondylitis. However, I am managing the condition with the help of medications and lifestyle changes. The doctors at Your Doctors Online are available 24/7. They assist me with all kinds of questions. I am currently managing the inflammation with dietary modifications and exercises. This has markedly reduced my pain.

As guided by the online doctor, these measures help reduce pain caused by ankylosing spondylitis:

FAQ's On Ankylosing Spondylitis Answered By Your Doctors Online Team