Pediatrics > The thought of potentially losing my baby made me look for help in unconventional sources.

The thought of potentially losing my baby made me look for help in unconventional sources. 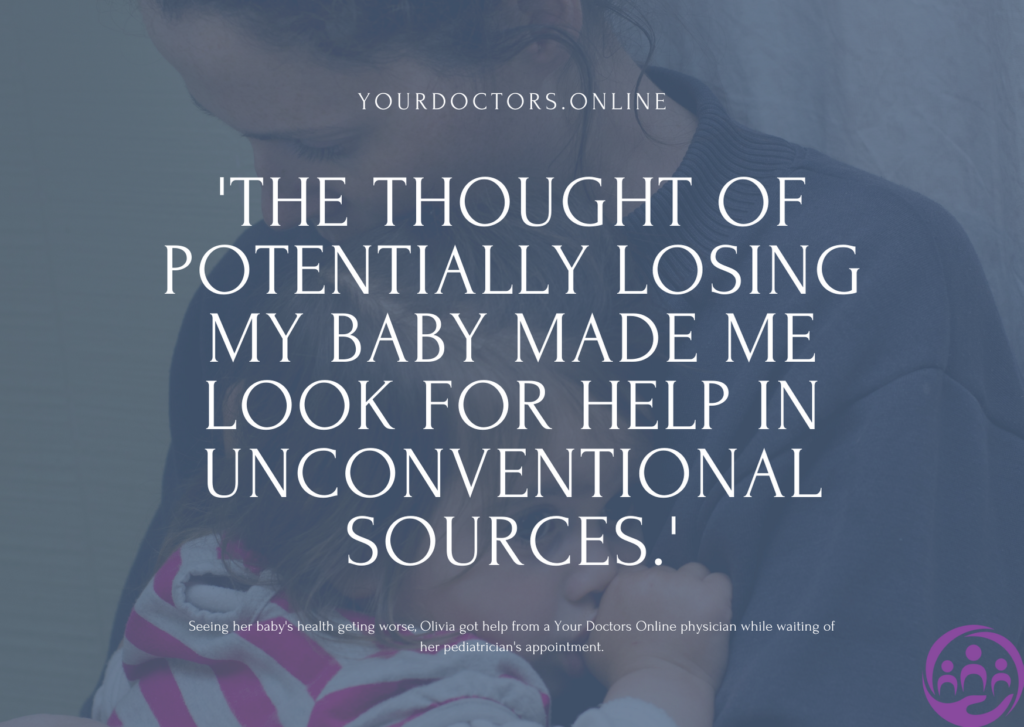 My life revolves around my child, and when he was suffering from leukodystrophy, it was unbearable to watch, which made me discover Your Doctors Online.

My 5-month-old child was constantly agitated.

I am a single mother, and Marcus is my only child.

When Marcus was around 5 months old, he started becoming agitated and unsettled. I was not concerned at first, knowing it could have been teething. Everyone around me joked about how children are like this when they are young, and as a first-time mom, I believed them. I tried to calm him, but weeks passed, and he was not improving.

As his condition deteriorated, I thought I would lose my baby.

I then became worried when I could not find a way to soothe him. Even when I took him to a local doctor nearby, they dismissed us, reassuring us that it was not unusual for a kid his age.

A few weeks later, he got worse. He ate less, and I could tell he wasn’t as playful as he was before.

He would keep crying, and I would stay up late at night to soothe him somehow.

His condition seemed to be deteriorating day by day, and for a moment, I thought if this continues, I will lose my baby.

I got the pediatrician’s appointment booked for the end of the week, but every passing second was insufferable.

After downloading dozens of applications, I finally found an empathetic doctor online.

As I was exhausting all sources of help and information, I discovered yourdoctors.online. I didn’t know of this website before, but I didn’t hesitate to give it a chance because I had already downloaded a dozen other applications.

Soon, I started chatting with Dr. Fariah Hanif, and luckily, she was very empathetic towards me.

I initiated the conversation by telling her about Marcus and all the issues that he was having.

She questioned me about everything, from how it started to details about my family history.

After reviewing my baby’s history, she told me that it could be a neurological disorder and that Marcus would require tests to diagnose the exact cause. My heart was breaking, and naturally, I refused to believe this could be the case.

My local pediatrician said the exact same thing as Your Doctors Online physician.

After this chat, I waited for my doctor’s appointment, where the doctor told us the same thing after evaluation. My baby had to get MRIs, in-depth hearing tests and nerve conduction tests.

The test results took some time, so with my faith renewed, I chatted with the same doctor on Your Doctors Online daily to update her about Marcus’s condition.

After a while, the results came – which concluded that Marcus had a cell leukodystrophy.

I did not know how to process the information.

The team at Your Doctors Online supported me mentally and became my go-to application for second opinions while visiting a neurologist for further guidance and treatment.

As a mother, I would advise everyone to seek a professional opinion regarding their baby and not rely on what people say. A mother’s sixth sense is the best indicator.

I continue seeking every medical advice from Your Doctors Online professionals to date. Be it related to Marcus or my health. They have always guided me every time and have shown me the solutions to small daily life medical issues.

I thank them for everything and especially the help they gave us with Marcus’s diagnosis.