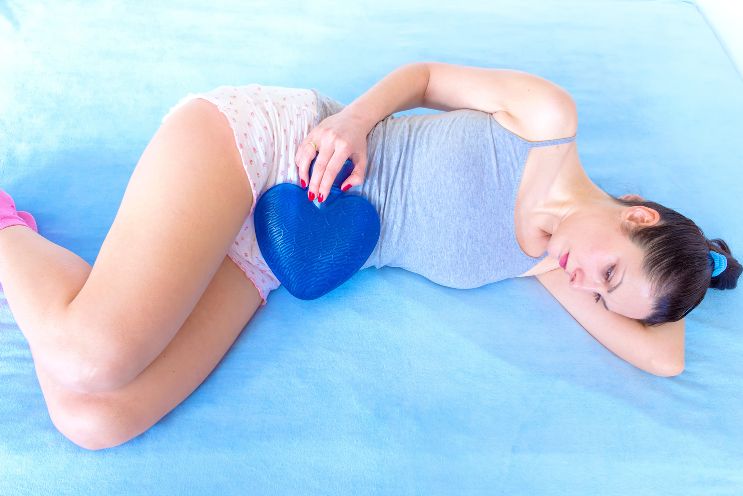 Yeast infections are experienced by about 75 percent of women (and even a few men!), yet many misconceptions remain about this common ailment. At Your Doctors Online, we want to dispel these common misconceptions. Check out the top seven yeast infections-busted!

One of the issues is that women often believe they have a yeast infection and immediately reach for Monistat and other over-the-counter medications to rid the issue. Unfortunately, this can cause yeast infections to become recurrent.

Interestingly, 29 percent of women believe using a condom will decrease their risk for yeast infections, according to a study.

You can try non-latex condoms or other barrier methods if you suspect a latex allergy. Many types of condoms are available without nonoxynol-9.

This infectious myth is a common misconception because yeast infections can be transmitted through sexual activity and initiated through condoms or nonoxynol-9 (a type of spermicide).

Just because you are experiencing symptoms after sex, it does not always point to a yeast infection. Many similar symptoms can be a UTI or STD. Therefore, it is important to talk to a doctor to ensure you are treating your ailment correctly.

Yogurt may be an effective remedy because it contains Lactobacillus bacteria. This healthy bacteria can live in the vagina without irritating the area. It is believed that using yogurt containing good bacteria restores a healthful yeast balance in the vagina. Lactobacillus releases hydrogen peroxide, which kills Candida, combating infection.

While this treatment may have worked for you in the past, it is important to discuss it with a doctor since the bacteria that cause infections are already in your body. In addition, food may not be the best course of first action.

If you want to try and use yogurt as a natural option, it is vital to use natural, sweetener-free, and plain varieties.

Myth #4: Vaginal Washing Can Clear Up the Infection

Washing and keeping your vaginal area clean is essential to your overall health and wellness, but in moderation. This candida myth is a common one. However, excessive washing of your vagina will not cure your infection. Using unscented soap, changing out of tight gym clothing, proper wiping, and wearing breathable cotton underwear can help prevent a yeast infection but not cure it.

To clear up your infection, it is crucial to treat the infection with anti-fungal treatment, whether you choose an over-the-counter option or an alternative treatment.

Myth #6: Only Women Get Yeast Infections

While it is considered rare, a yeast infection transfer to a man can occur by having unprotected sex with a woman who has a yeast infection. Men who are not circumcised are considered to be at an increased risk. For men, the yeast infection symptoms often appear as white spots or a rash on the penis, peeling skin, itching, irritation, or burning.

Myth # 7: There Is No Way to Prevent Yeast Infections

While there is no way to prevent every yeast infection, many can be prevented by following some suitable self-care methods and avoiding irritants that disrupt your body’s natural balance. Sometimes a yeast infection cures itself simply by the following practices:

The real issue is that most women use products that treat symptoms, not the cause. Monistat is a good option, and of course, you should always talk to a doctor to ensure you actually have a yeast infection before doing any home treatment. The reasons you keep getting infections may be something serious.

What is a Yeast Infection?

First, it is important to know what that discomfort below the waistline is. A yeast infection is simply an overgrowth of yeast due to an imbalance of bacteria in your most sensitive areas.

Vaginas are usually completely self-cleaning and able to regulate the balance between bacteria and yeast (a type of fungus). A yeast infection occurs when this natural balance is disrupted, and an overgrowth of yeast occurs.

The majority of yeast infections (over 90 %) are caused by the species known as Candida albicans. The other 10 % are made up of other Candida species.

The presence of Candida species in the vagina is not enough to warrant a cause for alarm. In fact, an estimated 20 to 50 percent of healthy women already have Candida in the vagina.

An infection will only occur if the natural balance between bacteria and yeast is disturbed. Several external factors can cause this imbalance.

Vaginal itching will not kill you, but it is very uncomfortable. But it is crucial to get the facts from a doctor before using yeast infection remedies that could possibly make things worse or even cause an actual yeast infection by wiping out the good bacteria needed.

What Women Could Do First When Itching Happens

If you are experiencing yeast infection symptoms, it may be best to first try an antihistamine like Zyrtec, Claritin, or Allegra. This could reduce the inflammation that is causing your itchy, uncomfortable vagina. Topical steroids like one percent hydrocortisone may also help relieve itching.

The key takeaway is that not everything uncomfortable in your most sensitive areas is a yeast infection.

Chat With a Doctor and start treatment for a yeast infection right away!
Talk to a Doctor

Can latex condoms cause yeast infections?

What can mimic a yeast infection?

A yeast infection does not always cause vaginal irritation, itching or discharge. Many similar symptoms can be a UTI or STD.

Can you go swimming while treating a yeast infection?

Can a yeast infection kill you?

Yeast infection isn’t life-threatening, but in cases where infections worsen or in individuals with compromised immunity, it can lead to complications. Although rare, Invasive yeast infections may prove to be fatal.

Can a woman transmit a yeast infection to a man?

While it is considered rare, a yeast infection transfer to a man can occur by having unprotected sex with a woman who has a yeast infection. Men who are not circumcised are considered to be at an increased risk. For men, the yeast infection symptoms often appear as white spots or a rash on the penis, peeling skin, itching, irritation, or burning.

Can a yeast infection spread to your butt?

Can a yeast infection move to your anus?

Can a yeast infection cure itself?

Can your diet cause yeast infections?

Is a yeast infection something to be embarrassed about?

Yeast infection isn’t a sexually transmitted disease. Instead, it is a prevalent vaginal infection experienced by women that can be easily cured.