STDs > Gonorrhea In The Throat: Everything that you need to know

Gonorrhea In The Throat: Everything that you need to know 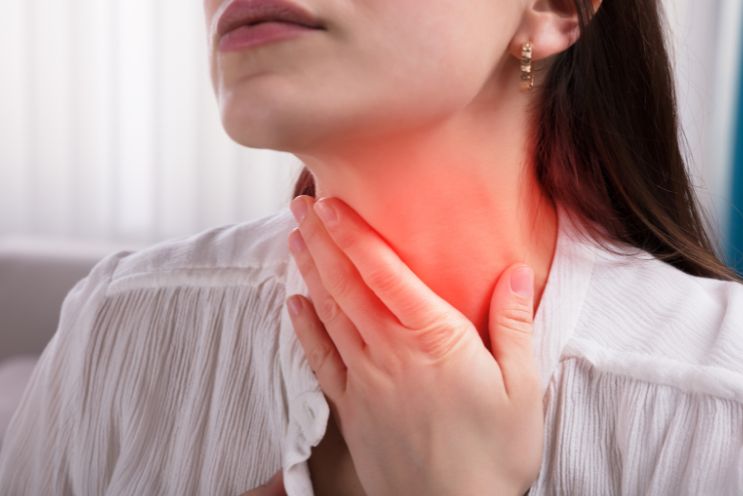 Gonorrhea In The Throat: Everything that you need to know

Gonorrhea in the throat is a condition that is acquired through unprotected oral sex. Most people, specifically teenagers, are under the impression that oral sex is “safe.” This is mainly because it eliminates or helps avoid the risk of pregnancy. However, “safe sex” actually refers to sex practices that prevent the possibility of getting a disease from a sex partner. Oral sex is not actually safe unless precautions are taken to avoid the risk of transmission. Sexually transmitted infections(STDs) may be transferred through oral sex, including chlamydia, syphilis, or gonorrhea.

What is throat gonorrhea?

Although the body may sometimes clear gonorrhea in the throat within a few weeks but not all people can fight the infection. In some cases, specifically in immunocompromised individuals, it can spread the disease throughout the body (disseminated gonorrhea).

Typically, gonorrhea in the mouth doesn’t cause any symptoms. However, even if symptoms are due to gonorrhea in the throat, they can be hard to distinguish from symptoms of throat infections caused by other conditions.

It is possible for a person with gonorrhea of the throat to develop a gonorrhea infection in another part of the body, including the cervix or urethra.

Generally, gonorrhea symptoms in men and women include:

Do you have a sore throat after oral intercourse? It could be a sign of Gonorrhea. You can get tested and treated by a doctor.
Talk to a Doctor

How do you get gonorrhea in the throat?

Some studies claim that it can be transmitted through kissing as well.

How is gonorrhea in the throat diagnosed?

If you have had oral sex, you will need to inform your doctor so that you can have your throat checked, especially if you get tested for gonorrhea. Culture is the “gold standard” test for gonorrhea in the throat. The nucleic acid amplification test (NAAT) is commonly used to test for genital gonorrhea. The culture test for gonorrhea is done using a sterile swab. The swab is rubbed against the back of the throat and then onto a culture plate. It takes time to get your test results as several days are needed for the bacterial colonies to grow and multiply. If someone tests positive for gonorrhea, they should also be tested for other STIs like chlamydia, HIV and syphilis.

Gonorrhea in the throat treatment

Gonorrhoea in the mouth is more challenging to treat than genital gonorrhoea. However, it can be cured with the proper antibiotics.

These recommendations for gonorrhea medication are applicable for infections involving the genitals, pharynx, anus and rectum. Previously ceftriaxone plus oral azithromycin was the recommended treatment, but the treatment protocol has changed due to the emerging resistance to azithromycin.

Chlamydial infection can co-occur with gonorrhea. In that case, 100 mg of doxycycline is prescribed twice daily for 7 days.

In individuals allergic to cephalosporin, an intramuscular dose of gentamicin(240mg) plus a 2-g oral dose of azithromycin is an option.

How likely is oral gonorrhea recurrence?

There aren’t any exact stats available on how likely is the recurrence of oral gonorrhea.

However, it is known that recurrence for other types of gonorrhea is higher, ranging from 3.6 to 11 percent of previously treated people.

It is of utmost importance that you avoid all forms of sexual contact, including oral sex and kissing, at least for 7 days after completing treatment.

Furthermore, you should get retested 3 to 6 months after treatment, even if you and your partner(s) completed the treatment and do not have any symptoms. Testing for other STDs can be considered as well.

Have you had oral intercourse? You can get an STD, talk to our doctor to find out if your symptoms are worrisome!
Talk to a Doctor

Antibiotics are the only proven way to treat gonorrhea. Although any robust studies do not back the following remedies, they may help relieve the symptoms or help boost your overall immunity.

What happens if gonorrhea in the throat is left untreated?

Untreated oral gonorrhea may spread through your bloodstream to infect other parts of your body.

Systemic gonococcal infection is a critical condition that can result in sores on the skin, joint pain and swelling. Another complication is an infection in the heart, which is very rare.

Gonorrhea of the genitals or anus can cause other serious complications such as:

Preventing gonorrhea in the throat

Is mouthwash enough, or do you really need antibiotics?

It is believed by many that using a mouthwash can help cure gonorrhea. Although, there isn’t any robust evidence to verify the claim.

A particular study claimed that mouthwash significantly decreased the number of bacteria causing gonorrhea) on the throat surface but there further. More research and studies are required to access this. Although, antibiotics are a promising cure only.

It is hard to differentiate gonorrhea sore throat symptoms from those caused by other throat conditions such as the sore throat or strep throat.

To verify the cause, you will need to see a doctor and get tested. A throat swab is required to test for gonorrhea.

Some other symptoms of strep throat include:

Oral sex is not actually safe unless you use protection to prevent the risk of transmission of STDs. There are many sexually transmitted infections(STDs) that can be passed on through oral sex, including chlamydia, syphilis, or gonorrhea

If you or your sex partner(s) are infected or if you are doubtful if your current symptoms are due to a sore throat or oral gonorrhea, consult with our online doctor at Your Doctors online right away!

Do you have signs or symptoms of Gonorrhea. You can get tested and treated by a doctor.
Talk to a Doctor

Many people consider oral gonorrhoa to be rare. Although, it can be contracted easily by having unprotected oral intercourse. Mainly as it does not cause any symptoms, it can go undetected unless a person tests for it.

Yes, oral gonorhea is curable. Although harder to treat than genital gonorrhea, antibiotics can cure it. Commonly uncomplicated infections are treated with a single 500mg intramuscular dose of ceftriaxone.

How long does throat gonorrhea last?

You can have an oral gonorrheal infection for months if you are asymptomatic. If left untreated, ​it can last for 3-4 months

How does oral gonorrhea spread?

The mode of transmission or oral gonorrhea is oral sex performed on the genitals or anus of someone infected with gonorrhea.

If I had unprotected oral, should I get tested?

You should get tested if you have had unprotected sex, especially with a new partner. Testing will help start treatment promptly and help prevent any complications that may arise from STDs.

Does oral gonorrhea clear on its own?

Oral gonorrhoa can clear up on its own within 3 months. Although, if you are aware that you have an infection, it is best to take medication for gonorrhea to prevent complications.

How to get rid of gonorrhea in the mouth?

Antibiotics help cure the infection. However, you must complete the treatment as advised by your doctor and not have sex for 7 days after completing treatment to prevent a recurrence.

Throat gonorrhea is commonly confused with a sore throat or strep throat. It can present with pain in the throat, pain while swallowing, redness at the back of your throat or enlarged/inflamed tonsil. Therefore, it is essential to get a throat swab done to diagnose the infection.

There isn’t sufficient evidence that confirms the role of mouth wash in treating oral gonorhea. However, using a mouth wash may help colonise the bacteria causing gonorrhea in the throat.

How likely is oral gonorrhea to recur?

There aren’t any exact stats available on how likely is the recurrence of oral gonorrhea. However, it is known that recurrence for other types of gonorrhea, such as genital gonorrhea is higher,