Chlamydia While Pregnant: Complications And Treatment 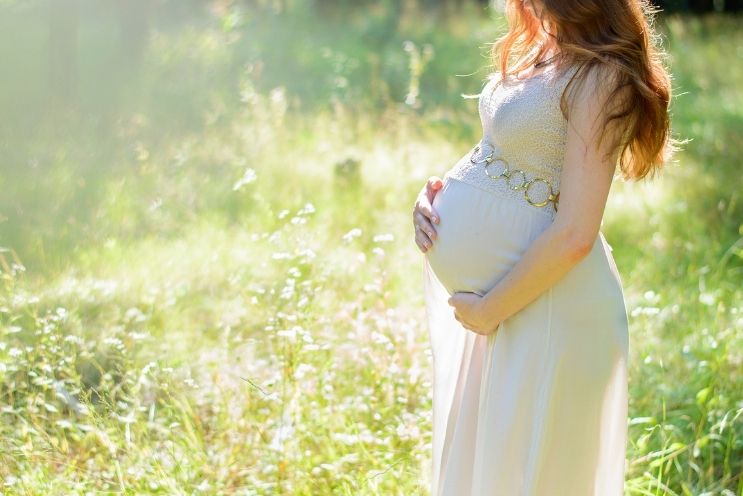 Chlamydia While Pregnant: Complications And Treatment

In fact, about 75% of women and 50% of men will not experience any indications that they have a sexually transmitted disease.

This can be especially dangerous for pregnant women. Chlamydia during pregnancy can be fatal for an unborn baby yet is easily treatable.

It is commonly found in the cervix of women and the urethra in men but can also affect the anus, throat and eyes.

Chlamydia is a sexually transmitted disease. It commonly spreads through sexual acts involving the mouth, penis, vagina and anus.

There is a potential risk to both mother and her unborn baby. Therefore, doctors screen most pregnant women for STDs at one of their first prenatal appointments.

If you have sex with an infected partner during your pregnancy, there is a possibility of exposure to STDs, including chlamydia. Therefore, testing may be required.  Quick treatment is the best protection for passing chlamydia onto your baby.

Symptoms of Chlamydia in Women

While chlamydia is often asymptomatic, about one-quarter of women will experience some symptoms such as:

It is also possible for both men and women to develop Reiter syndrome. Reiter syndrome can cause arthritis, painful urination and redness and inflammation in the eyes.

Related: Everything That You Need To Know About Chlamydia In Men.

Risk to Mother Prior to Becoming Pregnant

Studies indicate that chlamydia can lead to the following conditions:

The presence of two or more of the following factors puts a woman at risk of contracting a chlamydial infection:

Chlamydia can cause serious damage to the female reproductive system regardless of whether a woman is pregnant. If left untreated, chlamydia bacteria can migrate in the body from the vagina into the uterus, fallopian tubes and ovaries. As the bacteria travels, so does the infection and inflammation. This can cause scarring in the reproductive organs.

As many as 500 000 PID cases in the United States are due to chlamydia infection. Of these cases, 100,000 women become infertile.

Additionally, women infected with chlamydia have a three- to five-fold increased risk of acquiring the human immunodeficiency virus (HIV) if exposed.

Different studies have led to different conclusions about the effect of chlamydia on pregnancy. Tubal factor infertility and ectopic pregnancy have been associated with untreated chlamydia. Also related to chlamydial infections are spontaneous abortions, preterm labour, premature rupture of membranes, low birth weight, prematurity, stillbirth, and neonatal deaths. The association is more prevalent with a recently acquired infection but can occur with past infections. Having chlamydia while pregnant can make a woman prone to developing intrapartum fever and/or late-onset postpartum endometritis after a vaginal delivery. Chlamydia has been associated with postabortion endometritis.

Can Chlamydia Cause a Miscarriage?

Chlamydia can cause damage to the fallopian tubes which can increase the chance of having an ectopic pregnancy. An ectopic pregnancy is one where the fertilized egg attaches itself outside of the uterus. This type of pregnancy ends in termination and if left untreated can even be fatal. Unfortunately, these pregnancies are unable to survive to term or be relocated into the uterus.

Pregnant women who do not treat their chlamydia put their unborn babies at risk. Chlamydia during pregnancy increases the risk of prematurely ruptured membranes, low birth weight, stillbirth and miscarriage.

Chlamydia can also be passed onto the baby at birth. The infection is spread from an infected mother to her baby in about 50 % of vaginal births. It can also be spread during cesarean sections but at a much lower rate. Intrauterine and transplacental infections are possible. If fetal membranes rupture, it can cause direct inoculation of the neonate’s nasopharynx and lungs. Amniotic fluid is an excellent medium for chlamydial growth and may lead to amnionitis, premature rupture of membranes, stillbirth, premature delivery, and low birth weight.

Once the newborn is infected, conjunctivitis occurs in newborns of untreated mothers, and pneumonia occurs in these newborns. Chlamydia can lead to other respiratory illnesses, such as otitis media, bronchiolitis, rhinitis, pharyngitis, and infant gastroenteritis. Chlamydial conjunctivitis usually affects both eyes and progresses from a watery to a discharge that becomes purulent, followed by swelling of the eyelids and redness of the conjunctiva. Signs of conjunctivitis usually do not appear until the newborn is 2 to 3 weeks old. Therefore, a culture of discharge should be taken for diagnosis. If the infection is left untreated, conjunctivitis may last a few weeks to several months. Early detection and treatment are necessary to avoid corneal scarring and impaired vision.

On entering the conjunctiva, the organism can spread through the lacrimal ducts to the nasopharynx and end up in the lungs. Several exposed infants will develop pneumonia. Symptoms may not develop until 6 weeks after birth. Signs of pneumonia gradually worsen, and the newborn develops a cough, nasal obstruction and nasal discharge, vomiting, and cyanosis. Occasional wheezing or rales may be present. Newborns with chlamydia infections of the lower respiratory tract have a higher chance of chronic symptoms and impaired lung function longer than do infants with uncomplicated viral infections. Therefore, it is essential to screen the mother whenever a newborn is diagnosed with a chlamydial infection.

Chlamydial conjunctivitis and pneumonia are usually easily treated but if left untreated could result in a more serious illness even death. Infants with a history of CT pneumonia have a greater chance of asthma and reactive airways disease.

While the symptoms typically appear about 1 to 3 weeks after exposure, pneumonia may develop several months after birth.

Diagnosis of Chlamydia in Women

A chlamydia screening is a combination of two tests. The first is a simple urinalysis to determine if chlamydia trachomatis is present in the urine.

Usually, only one test is necessary. Either a urine specimen or a cervical swab. The sensitivity and specificity of the cervical swab are slightly higher than for urine sample but for most clinical situations one test is sufficient

Treatment of Chlamydia During Pregnancy

A doctor should evaluate each pregnancy on an individual basis. Although, treatment for chlamydia is safe during pregnancy.

Some antibiotics used in treating chlamydia are unsafe to take during pregnancy. However, safer options are available.

Inexpensive antibiotics to treat chlamydia are equally effective. According to research, these are safe for pregnant and breastfeeding women.

In rare cases, these may cause side effects such as vomiting, nausea and diarrhoea.

If you have tested positive for chlamydia while pregnant, there are multiple treatment options but taking treatment is essential to cure the infection.

Since doxycycline and ofloxacin are contraindicated during pregnancy, Chlamydia treatment in pregnancy includes the followings regimens:

Azithromycin, 1 g orally given as a single dose

Amoxicillin 500 mg orally, three times a day for 7 to 10 days is used as an alternative for those who cannot take azithromycin.

When an infant is affected with chlamydial pneumonia or conjunctivitis they are usually treated with should be treated with oral medications. Topical treatment for the eye infection is ineffective and unnecessary.

Treating all partners is an important step in preventing the spread of the disease since it often has no symptoms.

It is best to avoid sexual contact for seven days after you complete a full round of antibiotics.

It is still possible to get chlamydia while receiving treatment. Do not stop taking the antibiotics even if you are no longer experiencing any symptoms. You should retest after three months of completing the treatment.

Starting the treatment at the right time can help prevent any serious risks or complications. If you are currently pregnant or planning a pregnancy, our doctors at Your Doctors Online can help you with your medical concerns.

FAQs on Chlamydia During Pregnancy Answered by Your Doctors Online

What is the clap?

Gonorrhoea is a common sexually transmitted disease (STD). It is also known as “the clap” or “drip.”

Can chlamydia cause miscarriage in early pregnancy?

Yes, chlamydia during pregnancy can lead to several problems. Infections in pregnancy increase the risk of premature labour and birth and the baby being born with low birth weight.

How long after treating chlamydia can you get pregnant?

Make sure that you complete the course of antibiotics if you are diagnosed with chlamydia. It is essential to avoid intercourse until the treatment is finished or at least for a week following that. Repeating the test 3 months after treatment is of utmost importance as well.

Can you get pregnant if you have chlamydia?

Even if you have chlamydia, you can get pregnant. However, untreated infections may lead to pelvic inflammatory disease (PID), which may cause scarring, and blockage in your reproductive organs, particularly your fallopian tubes contributing to infertility. It also increases the chances of ectopic pregnancy and developing chronic pelvic pain.

Can having chlamydia while being pregnant harm your baby?

If chlamydia is left untreated during your pregnancy, there is a chance it can be passed on to your unborn baby. Your baby can develop conjunctivitis or pneumonia.

Can you be born with chlamydia?

If a woman has a chlamydial infection when giving birth, there is a possibility that the infection will be passed on to the newborn during delivery. Such babies can develop an eye infection (conjunctivitis) or pneumonia(lung infection) and usually require antibiotics for treatment.

What happens to babies born with chlamydia?

Babies born with chlamydia can develop conjunctivitis or pneumonia. Chlamydia can lead to other respiratory illnesses, such as otitis media, bronchiolitis, rhinitis, pharyngitis, and infant gastroenteritis. Testing, prevention and treatment are required to prevent complications.

If you have chlamydia, can you still get pregnant?

Untreated infections can contribute to infertility and increase the chances of ectopic pregnancy. If the condition is left untreated may cause pelvic inflammatory disease (PID) that can cause scarring of the fallopian tubes, increasing the risk of future ectopic pregnancy (implantation of the egg outside of the uterus). If the scarring blocks the tube, the fertilized egg can’t reach the uterus contributing to infertility.

Can chlamydia be treated during pregnancy?

Chlamydia can be cured by taking antibiotics that are safe to take during pregnancy. Commonly prescribed include azithromycin or amoxicillin. However, the treatment protocol can vary according to the condition and symptoms of the patient.

Can you take antibiotics while pregnant?

Some antibiotics are considered safe to take during pregnancy. However, Hower treatment depends on the condition, and it is wise to consult a doctor before starting any treatment. To cure infections, it is essential to take antibiotics as advised.