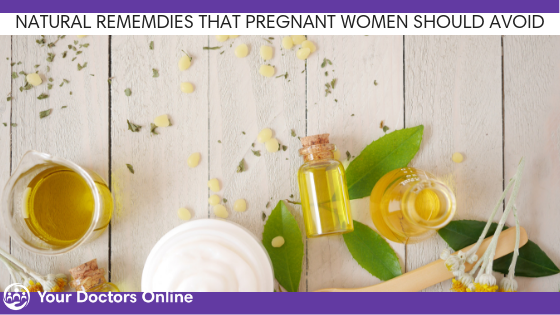 Taking a natural approach to pregnancy can be dangerous if the wrong products are used. Check out natural remedies to avoid while pregnant.

Feeling good and pregnancy do not always go hand in hand. While most expecting mothers desire nothing more than a safe and healthy pregnancy, their symptoms may throw a wrench into their plans.

Unfortunately, most natural remedies are not studied for their safety during pregnancy and are not recommended. Women who want to choose natural solutions for their pregnancy health issues could find themselves unintentionally hurting their baby to be.

Just because something is herbal and natural does not mean it is safe in pregnancy. Evidence is so limited pregnancy women should discuss anything they are taking including herbal supplements of essential oils with their doctor.

Let’s take a closer look at the natural remedies that pregnant women should avoid, and those they should definitely try.

While herbs are nature-made, not all are safe to take during pregnancy. Speak to your healthcare professional about the herbs you are currently taking, or if you plan on introducing any new ones. Some herbs contain ingredients that can cause premature birth, uterine contractions, and fetal abnormalities.

Be sure to avoid:

Essential oils are a popular option for natural health care. With the introduction of many multilevel marketing companies selling ‘pure oils’ for medicinal use, many people are turning to these concentrated oils for their everyday aches and pains.

With essential oils are often diffused or diluted in a carrier oil (such as almond or olive) and put directly on the skin or in beauty products, they can be dangerous if used during pregnancy.

Once inside your body essential oils work the same way as prescription medicines. The molecules travel throughout your body. Without extensive studies on humans, it is not known how essential oils may impact your developing baby.

A review in the journal Obstetrics and Gynecology looked at the available evidence on herbal remedies. Women who were applying almond oil to their skin were twice as likely to deliver prematurely.

A similar risk was found with black licorice. Raspberry leaf tea which can be used to induce labor was not associated with preterm birth but increased risk for cesarean section. It’s hard to say if the oil, licorice or raspberry tea was the culprit as the studies were not randomized controlled trials.

Essential Oils to Avoid During Pregnancy

According to the National Association for Holistic Therapy

Laurel, angelica, thyme, cumin, aniseed, citronella and cinnamon leaf should also be avoided as they could stimulate contractions.

Dandelions have been used medicinally for thousands of years In fact, it is believed that dandelion was brought from its native Europe to North America as medicine.

While dandelions can be a great addition to your diet, they may not be safe for everyone. While considered to be more nutritious than many common vegetables, they are not recommended for those who are pregnant, breastfeeding or on lithium.

The reason for this is similar to many natural remedies, which is the lack of human trials. Although it is known that dandelions have many nutritional benefits (in fact it was likely used as medicine because the root cause of many illnesses what nutritional defects) it is not known how it could affect a developing fetus.

Determine What is Right for Your Pregnancy

Just like no two people are alike, neither are two pregnancies. While this is general advice about the safety of natural products, many factors need to be considered when examining if something is right for you.

Dosage and application are two important factors when it comes to natural medicine. For example, rosemary and garlic are considered safe to ingest when used are seasoning in cooking, but could be dangerous if taken in large amounts medicinally.

The most important thing you can do is to consult with a healthcare professional before attempting any natural or synthetic medicine. At Your Doctors Online we are available to consult with you 24 hours a day. Steroid Injections: Purposes and Side Effects

What is Implantation Bleeding, and When to See a Doctor? 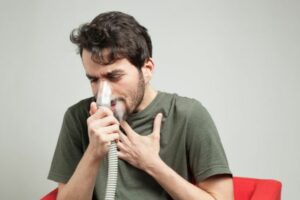 What is RSV?  Symptoms Causes Diagnosis and Cure