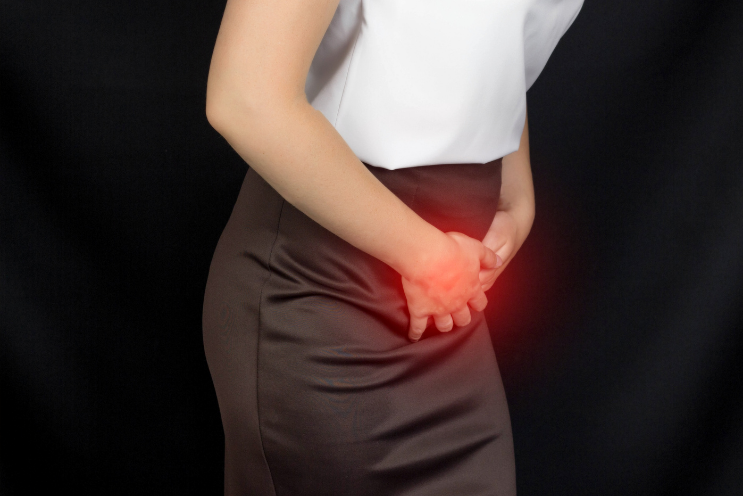 Chlamydia is well known and yet many with the disease go untreated due to a lack of symptoms.

Three million people are infected by a silent disease each year. A disease where half of the men and three-quarters of the women will produce no symptoms and yet prolonged infection can cause organ damage and even a loss of fertility.

Learn everything that you need to know about this common sexually transmitted disease by reading this article.

Chlamydia is caused by a bacteria called chlamydia trachomatis. This bacteria can be present in sperm or vaginal fluid. Genital chlamydia can affect the cervix in women and both the urethra and anus in men and women.

While many associate chlamydia with genitals, chlamydia bacteria can also be found on other areas of the body.

Chlamydia likes to live in the mucus membranes of the human body. It usually inhabits the genital mucous membranes or the eyes and the throat.

Chlamydia is similar to a virus in the characteristic that these bacteria grow in a host cell. There is still much to be learned about chlamydia trachomatis. Over time evidence has shown that the bacteria is able to manipulate its host cell in order to get the nutrients it needs.

Much about this well known and yet often undiscovered infection is revealed in its name. The bacteria that causes the infection, chlamydia trachomatis, was first discovered in 1907 by Stanislaus von Prowazek in Berlin.

Chlamydia comes from the Greek word chlamys which means cloak and trachomatis which means rough or harsh. These two words perfectly sum up the actions of this disease.

The cloak is well suited as chlamydia is often without symptoms. This is likely why it has become the most common sexually transmitted disease in the United States. In fact,  50% of men and 75% of women do not experience any symptoms.

Rough or harsh can be a nod to the fact that the bacteria has a rough outer membrane that makes it resistant to environmental factors. It could also refer to the painful symptoms that can be experienced such as painful urination, sore genitals and painful intercourse.

Related: Do I have Gonorrhea?

Chlamydia is not spread by kissing. It is spread by sexual contact. It can be spread by oral sex.

Chlamydia symptoms can vary between men and women and will also depend on where the bacteria is on the body. Signs of chlamydia usually manifest within 1 to 3 weeks of infection but in some cases, it may take longer.

While the symptoms are often mild and go unnoticed, women are less likely to experience symptoms than men.

Early symptoms of an infection are often mild and may therefore go unnoticed. Men and women are likely to experience symptoms such as:

Related:  everything you need to know about oral chlamydia.

Chlamydial Conjunctivitis is an eye infection than can be spread if vaginal fluids or semen come into contact with the outer membrane of the eyelid.

This infection can be spread to newborn babies from infected mothers during vaginal delivery.

Symptoms of Chlamydial Conjunctivitis can include:

Usually, there is no change in vision and no pain.

Symptoms in a newborn usually appear about 5 to 7 days after birth and can include swollen eyelids, redness, and watery discharge.

Risk Factors of Getting Chlamydia

Chlamydia is diagnosed through two simple tests. The first is by testing a sample of your urine to determine if the chlamydia trachomatis bacteria is present.

Secondly, your doctor may get a swab sample to further test for the bacteria. For women, a swab will be taken of the cervix and can often be done during a routine pap smear. In most cases, only a urine test is performed.

For men, a swab will be inserted into the tip of the penis. If it is believed that the anus is affected, it may be swabbed.

Chlamydia can be treated through oral antibiotics. It is recommended that any person with that you have had sexual contact within the last 60 days also be treated. This is an important step in preventing the further spread of the infection.

Once you have had chlamydia, you can be reinfected. So your partner also needs to get antibiotics in order to prevent the bacteria from spreading.

General information:  Doxycycline is a tetracycline antibiotic. It works by preventing some bacteria and parasites from multiple and spreading in the body by healing the process of protein synthesis.

Side effects: Some common side effects of doxycycline include stomach upset, nausea, vomiting, diarrhea, loss of appetite, and sunburn.

General information: Azithromycin belongs to a group of antibiotics referred to as macrolides. This antibiotic is used to treat a variety of different infections.

Dosage: One single dose of 1g

Side effects: Some commonly reported side effects include diarrhoea, nausea, abdominal pain or vomiting.

If you experience any intense side effects such as an allergic reaction, severe diarrhoea or shortness of breath, it is best to report to your doctor or visit the ER.

Chlamydia is the most common notifiable disease. While screening efforts have expanded over the past 20 years, many at-risk women are still not being tested.

This may be a reflection of a lack of awareness among healthcare providers or a limitation of the resources needed to support these screenings.

Health Risks of Not Treating Chlamydia in Women

Failure to treat chlamydia can result in serious complications for fertility. If left untreated, chlamydia bacteria can travel up the reproductive tract through the vagina to the uterus, fallopian tubes and ovaries.  This can further spread the infection and cause inflammation. This infection can cause damage and scarring in the reproductive organs.

This scar tissue may prevent the successful implantation of a fertilized egg by blocking the fallopian tubes. It may also cause an ectopic pregnancy. An ectopic pregnancy is when a fertilized egg implants outside of the uterus. Scar tissue in the fallopian tubes can cause the tube to become stuck, which can be life-threatening.

If left untreated, chlamydia can cause chronic pelvic pain. It is also a symptom of pelvic inflammatory disease (PID).

As many as 500,000 PID cases in the United States are due to chlamydia infection. Of these cases, 100,000 women become infertile.

Chlamydia also increases the risk of contracting HIV. Women with the infection are up to 5 times more likely to contract HIV, the virus that leads to AIDS.

In rare cases, chlamydia can cause Reiter’s syndrome, a disease characterized by arthritis, skin lesions, and inflammation of the urethra and eyes.

The infection can also be passed from a pregnant mother to their unborn baby. Due to this, pregnant women are routinely screened for chlamydia.

Health Risks of Not Treating Chlamydia in Men

In men, chlamydia infection can occur in the urethra and the tube that collects and stores sperm from the testicles. Chlamydia in men also known as Chlamydia en hombres can in some rare cases cause infertility.

For chlamydial prevention, the following measures can help:

Starting the treatment at the right time can help prevent any serious risks or complications. Speak with a doctor at Your Doctors Online in order to get tested for chlamydia or get a prescription to cure the infection. It is essential to practice safe sex to prevent the spread of chlamydia

FAQs on Chlamydia Answered by Your Doctors Online Team

Which common sexually transmitted disease is caused by the bacterium chlamydia trachomatis?

Is chlamydia more common in males or females?

According to multiple studies, Chlamydia is more in women than in men. Sexually active young people are at high risk of getting infected.

What are the side effects of chlamydia?

If left untreated, symptoms of chlamydia can worsen and become more severe and painful.
It is advisable to seek treatment to prevent long-term complications like infertility and ectopic pregnancy.

Chlamydia often has no symptoms, so it is important to know the signs to look for when they are present.
Men may experience a yellow pus-like discharge from their penis. The penis may be itchy or inflamed and the testicles may swell. The anus can also become tender to the touch, bleed or produce a similar discharge.
Symptoms in women include discharge from the vagina. Women may also notice bleeding between their menstrual periods. Women can also experience pain in the anus, bleeding or discharge.

How long can you have chlamydia before it causes damage?

After a person is infected, symptoms can appear between 1-3 weeks. However, the symptoms may be very mild initially. Long-term or untreated infections can give rise to severe symptoms and can prolonged infection can cause damage to the reproductive system.

How do you get chlamydia without being sexually active?

How long does it take for chlamydia to show up?

Symptoms usually appear between 1 and 3 weeks after having unprotected sex with an infected person.

How do you know if chlamydia is gone after treatment?

After treatment with proper antibiotics, chlamydial infection can clear up in about a week. It is advisable to abstain from sexual activities during this time. That’s why some doctors recommend getting retested every 3 months after treatment to ensure you were not reinfected.
If symptoms persist after treatment the person should follow up with a doctor in order to be reevaluated.

Can you get chlamydia with a condom?

Barrier methods such as condoms are effective in preventing the transmission of sexually transmitted diseases such as chlamydia.

Can chlamydia cause infertility?

Untreated or complicated infections can cause reproductive issues in women. Chlamydia can spread to the uterus, ovaries or fallopian tubes resulting in pelvic inflammatory disease (PID). PID can lead to infertility.

What happens if chlamydia is left untreated?

If left untreated, the infection can spread to the reproductive organs in females resulting in pelvic inflammatory disease. This can contribute to infertility.