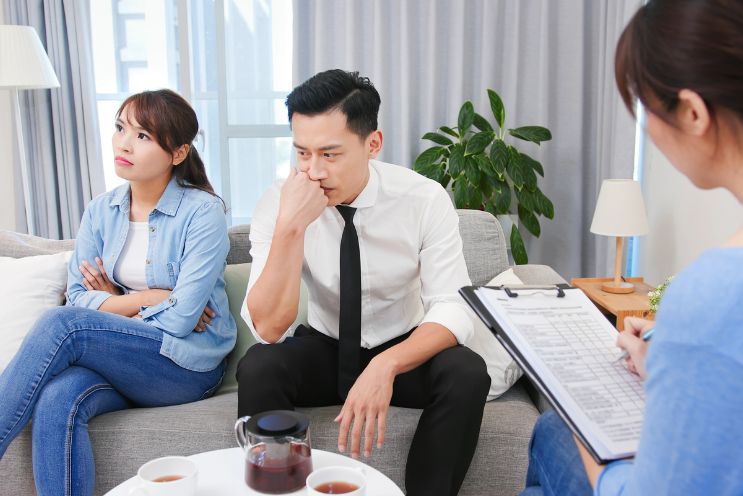 This STD is caused by the bacteria called Neisseria gonorrhoeae. The bacterium causing gonorrhea thrives in moist environments making the mucous membranes in the urethra and parts of the reproductive tract a perfect place to reside and cause infection.

Although spread through sex, a man doesn’t necessarily have to ejaculate to pass it on to their partner.

Gonorrhea can be passed on through:

You may also get the infection just from touching an infected area of another person. This includes coming in contact with the vagina, penis, mouth, or anus of someone with gonorrhea.

Women who have gonorrhea at the time of delivery can pass it to their baby during vaginal delivery.

You can’t get gonorrhea by touching objects like toilet seats as the bacteria don’t survive for long outside the body.

Symptoms of gonorrhea depend on which part of the body is affected. Symptoms vary in males and females, and many individuals do not experience any symptoms. Being asymptomatic leads to the transmission of infection as the infection remains undiagnosed. The throat, urethra and rectum can affect both men and women. Regions affected specifically in women include the cervix, uterus, fallopian tubes, and ovaries.

Oral gonorrhea may result in a sore throat, but mainly throat infections cause no symptoms at all.

Other symptoms of gonorrhea in women can include:

Some common symptoms of gonorrhea in men include:

It may be possible to spread gonorrhoea on fingers when you touch an infected part of the body and then touch other parts of your or someone else’s body.

Individuals should be tested for gonorrhea even if they are symptomless and their sex partner has been diagnosed with gonorrhea. Anyone sexually active should discuss their risk factors with their doctor. People who have gonorrhea should also be tested for other STDs.

Your doctor will ask about your symptoms and sexual history. A urine test can often diagnose gonorrhea.

The doctor may also:

Your doctor will help determine which kind of test is best for your situation. The results may take a few days. Chlamydia, another STD, can often occur at the same time as gonorrhea. That is why a doctor often tests the individual for both infections.

If there is a possibility of chlamydial infection, treatment involves:

If a person has a cephalosporin allergy:

If ceftriaxone administration is unavailable:

Some measures that may help prevent gonorrhea include:

Why do they call gonorrhea “the clap”?

This question doesn’t have a definite answer, but gonorrhea has been around for a long time. There are a few theories that revolve around this term. One such theory identifies “the clap” as a derivative of ‘Les clapiers’ a French word translating to rabbit huts and eluding to the tiny homes that prostitutes inhabited during the 1500s. “The clap” is sometimes used to refer to the medieval method that involved clapping an object on a person’s penis to remove discharge produced from the infection. Moreover, the term was used centuries ago to describe the symptom of gonorrhea, a clapping sensation some people experienced while peeing.

It can also result in cervical, mouth, vaginal, penile and oral cancers,

Chlamydia and gonorrhea are not actually rare. Chlamydia is among the commonly reported STDs in the United States, especially in women 25 and under, and gonorrhea is also prominent in the same age group. Although these STDs often present without symptoms, some common signs of having one include pain or burning while urinating, abnormal vaginal or penile discharge and vaginal bleeding between periods.

When to go to the Hospital

If left untreated, gonorrhea can result in more serious medical conditions. The infection may spread through the bloodstream. It can affect mucous membranes throughout the body. Symptoms of more severe disease mainly include joint pain and a skin rash. Complications of gonorrhea can also include meningitis (inflammation of the brain) or perihepatitis (inflammation of the capsule surrounding the liver). Furthermore, it can cause PID (pelvic inflammatory disease) in women. That presents with a fever, pelvic pain, and vaginal discharge and can lead to infertility due to scarring of fallopian tubes.

If you are experiencing such symptoms, you need to visit the emergency department immediately for treatment with IV antibiotics.

Recognising the signs of gonorrhea and staying up to date with the facts about STDs will help you come up with the best plan to take care of your health and make a decision accordingly. For questions regarding gonorrhea, testing or treatment, consult with our doctor at Your Doctors.Online and receive the best possible care.

What permanent damage can gonorrhea cause in men?

Gonorrhea may cause epididymitis or a prostate gland infection, which can eventually cause infertility in men.

​​A rectal swab is required to test for gonorrhoea. You can get a home test kit or follow up with your health care provider for testing. You can also connect with our doctor online to get a lab requisition.

Can you get an std from poop?

Can you get gonorrhea without having sex?

Gonorrhea can be spread through touch as well. You can get that cause infection just from touching an infected area on another person.