rare illnesses > PANDAS: the Sore Throat That Can Lead to OCD Behavior

PANDAS: the Sore Throat That Can Lead to OCD Behavior 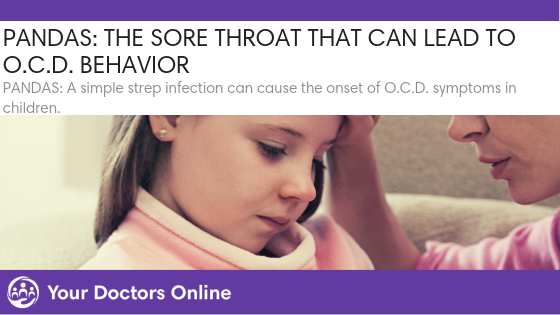 PANDAS: A simple strep infection can cause the onset of OCD symptoms in children.

The word panda usually conjures up the image of a sweet and fluffy black and white bear. But for those familiar with the pediatric condition PANDAS, the word describes a parent’s worst nightmare.

Sammy was a healthy and happy fifth grader who developed Obsessive Compulsive Disorder (OCD) symptoms almost overnight. His mother shared her story with the Today Show detailing that her son’s symptoms were so severe he was unable to attend school.

Sammy would walk around the yard with his eyes closed, refuse to shower, brush his teeth or touch his food, she told the daytime show. She said that her son spent most of his time laying under the cushions on the couch.

It took a year of what his mother described as ‘hell’ before his condition was properly diagnosed: Sammy had PANDAS.

PANDAS stands for Pediatric Autoimmune Neuropsychiatric Disorders Associated with Streptococcal Infections. This condition is triggered by an infection (often associated with strep throat) and causes an autoimmune reaction which interferes with normal neurological activity.

This can happen because strep bacteria are often hide effectively in the body by putting molecules on the cell wall that are nearly identical to the molecules found in the child’s heart, lungs and brain. This is called molecule mimicry and allows the strep to evade detection for a long time.

When the body detects an infection normally the immune system will trigger the production of antibodies to fight off the infection. In the case of PANDAS or PANS the antibodies also attack proteins in the body, including those in the brain. It can cause over stimulation and neurological activity in the brain.

The infection itself is not the cause of PANDAS, it is the trigger.

Sudden onset of symptoms that can include:

Although this condition can affect adults, PANDAS is considered a pediatric disorder. It typically affects those between the ages of three until puberty. Strep infections become rarer after age 12. It is possible for PANDAS to occur post adolescence, although more studies are needed. 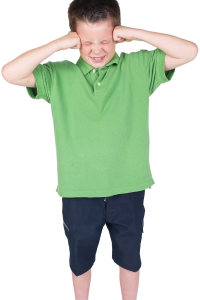 A recent survey showed that PANDAS may be more likely to occur in males. In the survey 65 percent of the respondents were male.

How is it Diagnosed?

The symptoms of PANDAS are dramatic and often appear overnight and yet it can be hard to diagnose because it is not well known. Many doctors will try and treat the neurological symptoms rather than the root cause. While the symptoms are being treated, the infection is still present and the body is attacking itself. 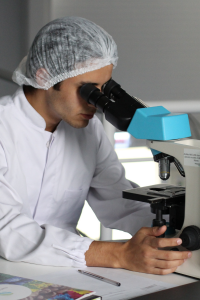 PANDAS is pinpointed through a clinical diagnosis, which means there are no lab tests that can be used to diagnose PANDAS. Instead, healthcare practitioners will use the following diagnostic criteria:

Proper treatment needs to target both the infection as well as the underlying issues with the immune system. With proper treatment, children often experience significant resolutions to their symptoms. 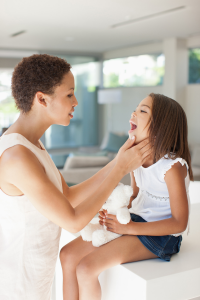 Most cases of PANDAS are treated with antibiotics. In some cases, a strep throat culture may come back negative but the child could have a occult (hidden) strep infection.

In these cases a blood test can be done to determine if the strep infection is a sinus infection, or there is strep bacteria infecting the anus, vagina or urethral opening of the penis. 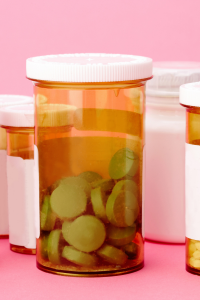 These types of strep bacteria can be harder to eradicate so the course of antibiotic treatment may need to be longer than that used for strep throat.

Some have chosen to look to alternative medicine for the treatment of their child’s PANDAS. Rev. William Cook along with his wife Joann experienced success in treating their child’s PANDAS with essential oils. They now run a website where they offer information to other parents who want to follow in their footsteps.

While not all strep infections will lead to PANDAS, they do all require antibiotics in order to be eradicated. Do you want to know if your throat infection is bacterial or viral?

Check out our guide for everything you need to know about a sore throat.